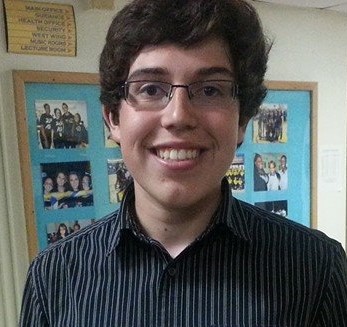 MEMORIES TO LAST A LIFETIME
By Michael Levinstein

We were walking in Jerusalem and our counselor told us to watch our step because the stones were slippery. He said that they were slippery due to thousands of years of footsteps wearing at their surface. And that’s when it hit me. I was in the Holy Land. The land my people have had a connection with for countless generations. The history of this ancient city overwhelmed me, and in that moment, I understood where I was. Israel.

I developed a connection with every place that we went in Israel. Our guide during our three day hike in the Negev had us sit for ten minutes or so and just take in the beauty of the landscape around us. On our own, we realized the majesty of God’s handiwork, even in a place like the desert that isn’t generally associated with elegance.

The Western Wall was one of my favorite parts of the trip. The spiritual and emotional meaning behind that lone wall was enlightening. Everyone there had a common purpose, to find themselves and to find God. The whole experience was stunning. The sound of hundreds of Jews praying at once. The woman giving out red Kabbalah bracelets if you donated to tzedakah. The man who yelled to our group on the way to the wall that if we weren’t having fun then we weren’t really being Jewish.

Not only will the memories of the places I visited last a lifetime, but the friendships I made will as well. Exploring Israel is amazing enough, but to do it with some of your closest friends makes it even better. I went on this trip knowing three others, and came back knowing thirty, and that’s just from my group. Within just a few days, I’ve grown closer with my group than some people that I’ve known for years. A summer of new experiences would cause any group to become more closely knit. We hiked Masada and Shlomo together, swam in the Dead Sea together, and entered Auschwitz together. This summer would have not have been the same without everyone. Going through the good and bad times alongside your best friends made it that much better and easier.

This trip was a trip of extremes. The elation of running up Masada to get to the peak in time for sunrise. The devastation of walking along the same path some of our grandparents walked in the concentration camps. The hilarity of playing a made up card game on a ten hour bus ride. The attention given to the British woman who converted to Islam and gave us the Arab side of the conflict. Nothing was average this summer, everything was extraordinary.

Israel is a beautiful country. The vast desert, the Red Sea, and the magnificent cities are ancient testaments to the splendor and history of the state. I encourage anyone interested in history to visit Israel. Walking through the City of David and the age-old tunnels that run underneath was truly unforgettable. Through my NFTY in Israel L’dor V’dor trip, I was able to experience the country, and I highly recommend that all teenagers travel there as well.

Without receiving the Blinkoff Scholarship from the Jewish Federation of Greater Orange County, I would not have been able to go on this amazing trip, and explore myself and my Judaism. I want to thank the Blinkoff family especially for giving me this wonderful opportunity. This experience has changed my life.