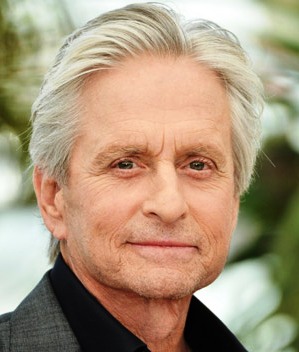 Last summer our family went to Southern Europe on holiday. During our stay at a hotel, our son Dylan went to the swimming pool. A short time later he came running back to the room, upset. A man at the pool had started hurling insults at him.

My first instinct was to ask, “Were you misbehaving?”

“No,” Dylan told me through his tears.

I stared at him. And suddenly I had an awful realization of what might have caused the man's outrage: Dylan was wearing a Star of David.

After calming him down, I went to the pool and asked the attendants to point out the man who had yelled at him. We talked. It was not a pleasant discussion. Afterward, I sat down with my son and said: “Dylan, you just had your first taste of anti-Semitism.”

My father, Kirk Douglas, born Issur Danielovitch, is Jewish. My mother, Diana, is not. I had no formal religious upbringing from either of them, and the two kids I have with Catherine Zeta-Jones are like me, growing up with one parent who is Jewish and one who is not.

Several years ago Dylan, through his friends, developed a deep connection to Judaism, and when he started going to Hebrew school and studying for his bar mitzvah, I began to reconnect with the religion of my father.

While some Jews believe that not having a Jewish mother makes me not Jewish, I have learned the hard way that those who hate do not make such fine distinctions.

Dylan's experience reminded me of my first encounter with anti-Semitism, in high school. A friend saw someone Jewish walk by, and with no provocation he confidently told me: “Michael, all Jews cheat in business.”

“What are you talking about?” I said.

“Michael, come on,” he replied. “Everyone knows that.”

With little knowledge of what it meant to be a Jew, I found myself passionately defending the Jewish people.

Now, half a century later, I have to defend my son. Anti-Semitism, I've seen, is like a disease that goes dormant, flaring up with the next political trigger.

In my opinion there are three reasons anti-Semitism is appearing now with renewed vigilance.

The first is that historically, it always grows more virulent whenever and wherever the economy is bad. In a time when income disparity is growing, when hundreds of millions of people live in abject poverty, some find Jews to be a convenient scapegoat rather than looking at the real source of their problems.

A second root cause of anti-Semitism derives from an irrational and misplaced hatred of Israel. Far too many people see Israel as an apartheid state and blame the people of an entire religion for what, in truth, are internal national-policy decisions. Does anyone really believe that the innocent victims in that kosher shop in Paris and at that bar mitzvah in Denmark had anything to do with Israeli-Palestinian policies or the building of settlements 2,000 miles away?

The third reason is simple demographics. Europe is now home to 25 million to 30 million Muslims, twice the world's entire Jewish population. Within any religious community that large, there will always be an extremist fringe, people who are radicalized and driven with hatred, while rejecting what all religions need to preach — respect, tolerance and love. We're now seeing the amplified effects of that small, radicalized element. With the Internet, its virus of hatred can now speed from nation to nation, helping fuel Europe's new epidemic of anti-Semitism.It is time for each of us to speak up against this hate.

Speaking up is the responsibility of our political leaders. French Prime Minister Manuel Valls has made it clear that anti-Semitism violates the morals and spirit of France and that violent anti-Semitic acts are a crime against all French people that must be confronted, combated and stopped. He challenged his nation to tell the world: Without its Jews, France would no longer be France.

Speaking up is the responsibility of our religious leaders, and Pope Francis has used his powerful voice to make his position and that of the Catholic Church clear, saying: “It's a contradiction that a Christian is anti-Semitic. His roots are Jewish. Let anti-Semitism be banished from the heart and life of every man and every woman.”

In New York, Cardinal Timothy M. Dolan is well-known for building a bridge to the Jewish community. His words and actions and the pope's are evidence of the reconciliation between two major religions, an inspiring example of how a past full of persecution and embedded hostility can be overcome.

It's also the responsibility of regular citizens to take action. In Oslo, members of the Muslim community joined their fellow Norwegians to form a ring of peace at a local synagogue. Such actions give me hope — they send a message that together, we can stand up to hatred of the Jewish people.

So that is our challenge in 2015, and all of us must take it up. Because if we confront anti-Semitism whenever we see it, if we combat it individually and as a society, and use whatever platform we have to denounce it, we can stop the spread of this madness.

My son is strong. He is fortunate to live in a country where anti-Semitism is rare. But now he too has learned of the dangers that he as a Jew must face. It's a lesson that I wish I didn't have to teach him, a lesson I hope he will never have to teach his children.