Hanukkah Knickknack Wins Big on ‘Shark Tank’
Mensch on a Bench gets investors on the reality show to bite
By Stephanie Butnick - tabletmag.org

Viewers of Friday night’s episode of Shark Tank—the strangely compelling reality show on which a panel of investors hears pitches from wannabe entrepreneurs and then competes to help finance the fledgling companies, often securing a hefty percentage of future earnings—weren’t treated to typical products like the Spatty (which lets you get those last stubborn drops of overpriced creams out of bottles) or the Scrub Daddy (the world’s most efficient, happiest sponge). This week, rather, the five high-rolling sharks were pitched an unusual would-be Hanukkah tradition: the Mensch on a Bench.

Dallas Mavericks owner Mark Cuban, who is Jewish, let out an “Oh, lord” upon seeing the plush Hanukkah doll (named Moshe). He backed out immediately, along with “Mr. Wonderful,” Kevin O’Leary. But the Mensch on a Bench, which was created by Neal Hoffman two years ago and initially funded through a Kickstarter crowdsourcing campaign, managed to generate interest among the other sharks.

Lori Greiner and Robert Robert Herjavec offered Hoffman $150,000 for 30 percent in the company, while Barbara Corcoran offered $150,000 for 20 percent, with a few conditions. She’d want to redraw the doll’s face “so it actually looks friendly and huggable,” and requested a rewrite of the accompanying book.

“By the time Barbara’s finished, the Mensch is gonna be Catholic,” O’Leary quipped. 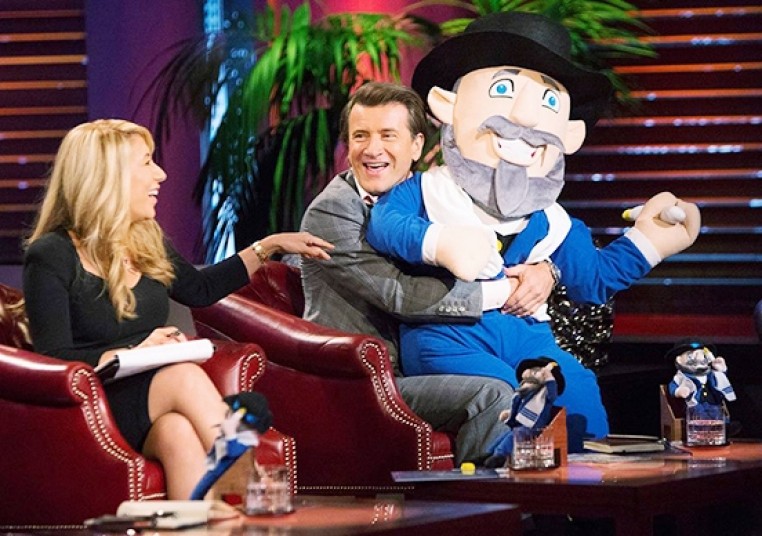