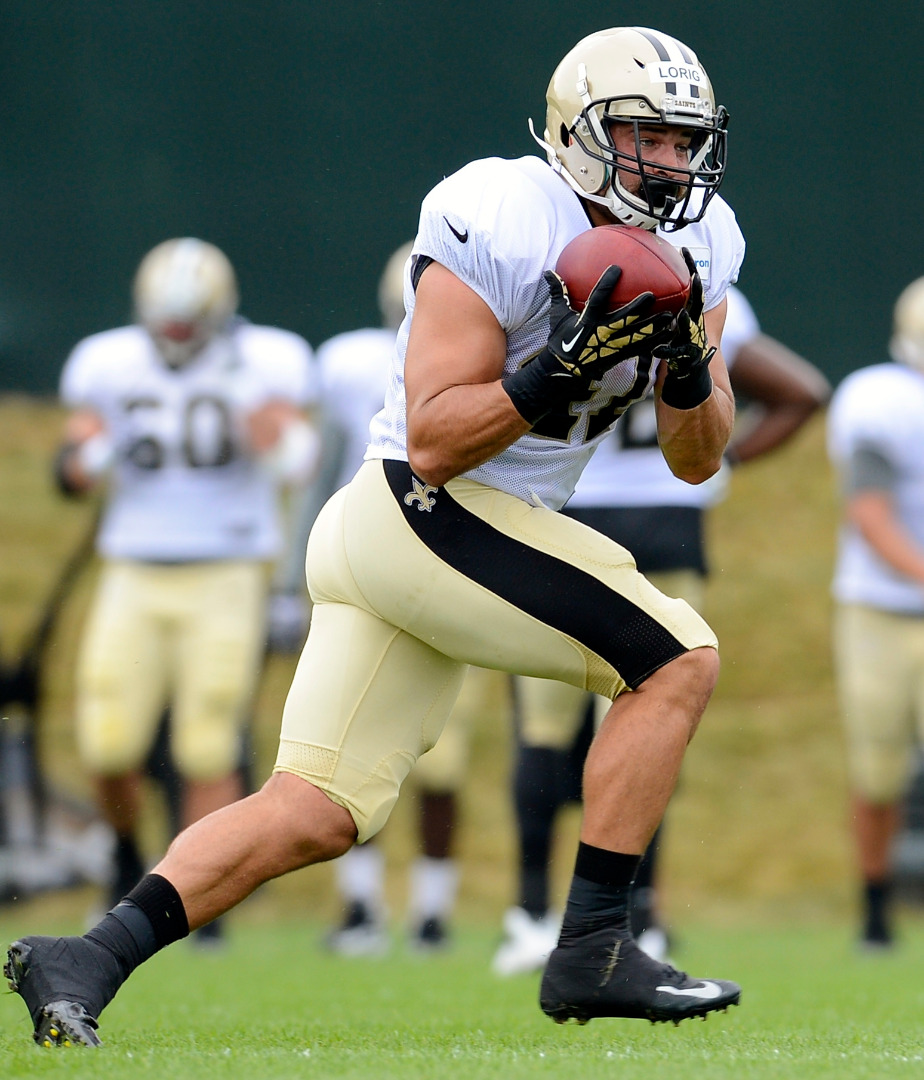 Blocking brothers, a college star seeking success in the pros, a fullback who hasn’t had a carry in four seasons and a couple of ace special teamers are among the Jewish players on NFL rosters as the league kicks off this week.

A punter may join the group after sitting out the preseason because of a personal issue.

Also, Marc Trestman is back for his second season as coach of the Chicago Bears after moving to the NFL following a stellar career on the sidelines in the Canadian Football League. The Bears finished 8-8 in his rookie campaign.

The National Football League season opens Thursday – not on Rosh Hashanah, like a year ago.

While the crop of Jewish players may not be stellar, Ephraim Moxson, a co-editor of Jewish Sports Review, sees hope – if not now, then five years off. That could be when the NFL welcomes Josh Rosen, a top high school quarterback who already is committed to attend UCLA, which this year is expected to be a top five team.

“It’s cyclical,” Moxson said. “We have some pretty good athletes in Division I.”

Geoff Schwartz, New York Giants, offensive lineman, sixth season. Accomplished at guard and tackle, Schwartz was signed as a free agent by the Giants to a reported four-year, $16.8 million deal, with $6.2 million guaranteed – a key provision in NFL contracts, whose salaries are generally not guaranteed. Schwartz was brought in to shore up a weak Giants line, but injured a toe in the preseason and may be shelved for half the campaign. Pro Football Focus, an analytics website, praised Schwartz especially for his run blocking.

Mitchell Schwartz, Cleveland Browns, offensive lineman, third season. Mitchell Schwartz, the younger brother of Geoff, is a solid player up front for an offense that NFL observers expect to struggle without its most explosive player, wide receiver Josh Gordon, due to a yearlong suspension, and possibly eventually featuring a rookie quarterback, the former Heisman Trophy winner Johnny Manziel.

Nate Ebner, New England Patriots, defensive back, third season. His position is listed as safety, but Ebner plays almost strictly on special teams, where he excelled as an Ohio State University walk-on. As a Patriots special teamer, Ebner has performed well, recovering two fumbles last season to go with three tackles. He had been a standout in another contact sport, rugby. His high school rugby coach was his father, Jeff, who was beaten to death in 2008 during a robbery.

Gabe Carimi, Atlanta Falcons, offensive lineman, fourth season. The 2010 Outland Trophy winner as college football’s best interior lineman, Carimi was the Bears’ first-round draft pick but is on his third team in four years following his release from Tampa Bay after just one season there. With the Falcons boasting a top-flight quarterback and perhaps the NFL’s best corps of wide receivers, Carimi will be counted on to return to the form he showed at the University of Wisconsin.

Taylor Mays, Cincinnati Bengals, safety, fifth season. In 50 games with the San Francisco 49ers and the Bengals, including 10 starts, Mays has no interceptions and just six passes defended. But he plays regularly on special teams and last year showed versatility on defense, filling in at linebacker because of injuries. His own shoulder injury ended Mays’ 2013 season in October. Mays, an African-American who was raised in his mother’s Jewish religion, was a three-time All-America at the University of Southern California. The family boasts additional football talent: Mays’ brother, Parker, is a redshirt freshman wide receiver for the University of San Diego.

Adam Podlesh, Pittsburgh Steelers, punter, eighth season. A Bears teammate of Carimi for two years, Podlesh is a newcomer in Pittsburgh – if he winds up on the roster. While he is the Steelers’ only punter with NFL experience, Podlesh did not report to the team, instead staying with his wife during a reportedly difficult pregnancy. The former University of Maryland punter has a career average of 42.4 yards, with his longest kick going for 76 yards as a rookie with the Jacksonville Jaguars.

Erik Lorig, New Orleans Saints, fullback, fifth season. A starter for the Tampa Bay Buccaneers for 24 of his 56 NFL games, Lorig has yet to carry the ball. With the Saints he’ll remain strictly a blocking back – and is “tremendous” at it, in Moxson’s assessment. In the past two seasons, the Stanford alumnus – he played defensive end in college – has caught 23 passes, including one for a touchdown. That score makes him unique among the current Jewish players.