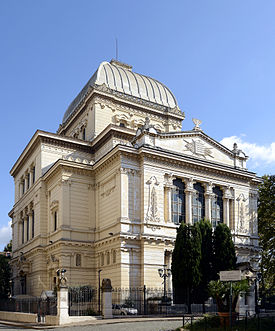 After 500 Years, an Italian Jewish Rebirth

Late last month a Jewish community was established here in southern Italy—the first such founding since King Ferdinand and Queen Isabella ordered the expulsion or forced conversion of the Jews more than 500 years ago. On the same day the community was revived, the Catania city government gave the top floor of a palace overlooking the Mediterranean Sea to the International Institute for Jewish Culture. The small community is now looking for a rabbi and raising money to furnish the space, which will be used as a synagogue.

While anti-Semitism is on the upswing in many parts of Europe, Judaism and Jews are experiencing a renaissance in Italy. The country is most strongly associated with the Roman Catholic Church, but Jews have been here for thousands of years. Given Italy’s place as a political laboratory in the Western world, its role in the revival of Judaism—particularly in the south—is worth watching.

In 2015 the bishop of Palermo gave a Jewish group a local church to convert into a synagogue. The same year Catholic authorities in Trani, on the mainland, did the same. Yet the situation in Catania is unique, as it fully revives a Jewish community abolished in 1492. This community was only one of the 52 disbanded at the time, and other communities in Italy are in the process of being revived. Baruch Triolo, a Catanian attorney who converted to Judaism while living in Miami, is leading the revival project. He has received support from numerous local and regional governments, as well as the island’s philo-Semitic Masonic groups.

State support for the Jews extends beyond helping to revive communities. The federal government helped finance the Italian translation of the first volume of the Talmud. The new volume was first presented at the country’s most prestigious cultural institution, the Accademia dei Lincei, on the banks of the Tiber river in Rome. The first two runs of the translation sold out almost immediately, and the buyers are overwhelmingly non-Jewish, according to the publisher.

Perhaps the clearest indicator of the strength and depth of Jewish popularity comes at mealtime. Jewish food, including kosher food, is suddenly chic. Restaurants in Rome’s Jewish ghetto are regularly packed. You can even get fried artichokes made “Jewish style” at takeout stands. Kosher food and wine are now regularly featured at national food fairs and can be purchased at upscale stores throughout the country.

“Regular people are selling and buying Jewish food precisely because it’s Jewish,” says the Italian journalist Carla Reschia. “Food is an example, but you can see it also in literature: In a country where Jews number less than 0.1%, Jewish authors are disproportionately popular.”

Italian historians, archaeologists and anthropologists are hard at work to document the presence of Jews from ancient times into the early modern period. There is no lack of evidence, some of which dates back to the first century, following the Roman conquest of ancient Israel. Yet many museums are not aware of the considerable quantity of evidence they have in their archives and deposits. In recent years, Sicilian cities have begun to publish catalogs of this material, and I recently attended a public meeting in southeastern Sicily that featured professors and government officials intent on creating a tourist guide to Jewish Sicily, from Taormina to Siracusa and Noto.

It is hard to overstate the enthusiasm for the Jewish revival. Cooperative ventures between Italian and Israeli universities are under way. These efforts should produce new experts and new historical finds in the coming years. Such activities will be reinforced as other communities emulate the Catania model and new centers of Jewish life are created.

There is a lot of work to be done before the Italian Jewish revival is fully realized. Anti-Semites are particularly active in northern cities like Milan and Turin. The country is also a landing point for many Islamic immigrants, many of whom are openly anti-Semitic. Possible descendants of the old communities will want to formalize their faith by converting, and there is a shortage of rabbis qualified to do that. But in an era when European Jews are under siege, that’s not a bad problem to have.

Mr. Ledeen is a scholar at the Foundation for the Defense of Democracies.