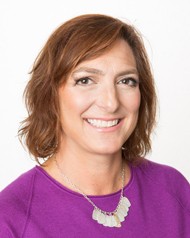 Emily Wanderer Cohen is the daughter and granddaughter of Holocaust survivors. Ever since the day she came home from religious school asking her mother about the Holocaust Emily heard her mother’s stories of incarceration in and escape from concentration camp as well as her eventual immigration to the United States. Her mother also spoke to schoolchildren and other audiences about her personal Holocaust experiences helping to ensure that this horrific event would never be forgotten. Emily now speaks to Jewish and other organizations about her mother’s history and how her mother’s trauma affected her as a second-generation (2G) Holocaust survivor so that society can understand how trauma is transmitted from generation to generation.