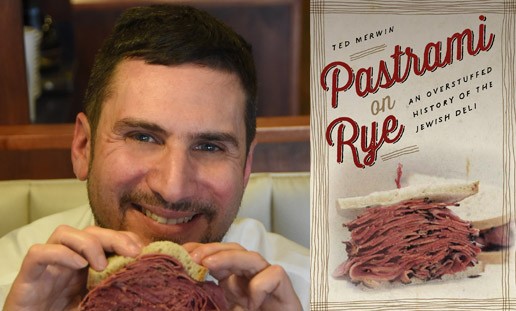 Ted Merwin teaches religion and Judaic studies at Dickinson College (Carlisle, Pennsylvania), where he is the founding director of the Milton B. Asbell Center for Jewish Life. He is the author of In Their Own Image: New York Jews in Jazz Age Popular Culture (published in 2006) and Pastrami on Rye: An Overstuffed History of the Jewish Deli, which won the 2015 National Jewish Book Award in the category of Jewish Education and Identity. His articles on Jewish culture have appeared in the New York Times, New York Post, New York Daily News, Washington Post, London Jewish Chronicle, Haaretz, Hadassah, Moment, New York Jewish Week and other publications across the English-speaking world. He has given more than 100 public lectures on Jewish culture over the last several years. He lives with his wife and three daughters in Harrisburg, Pennsylvania, where he is currently writing a book about the mushrooming adoption by non-Jews of Jewish customs and rituals.