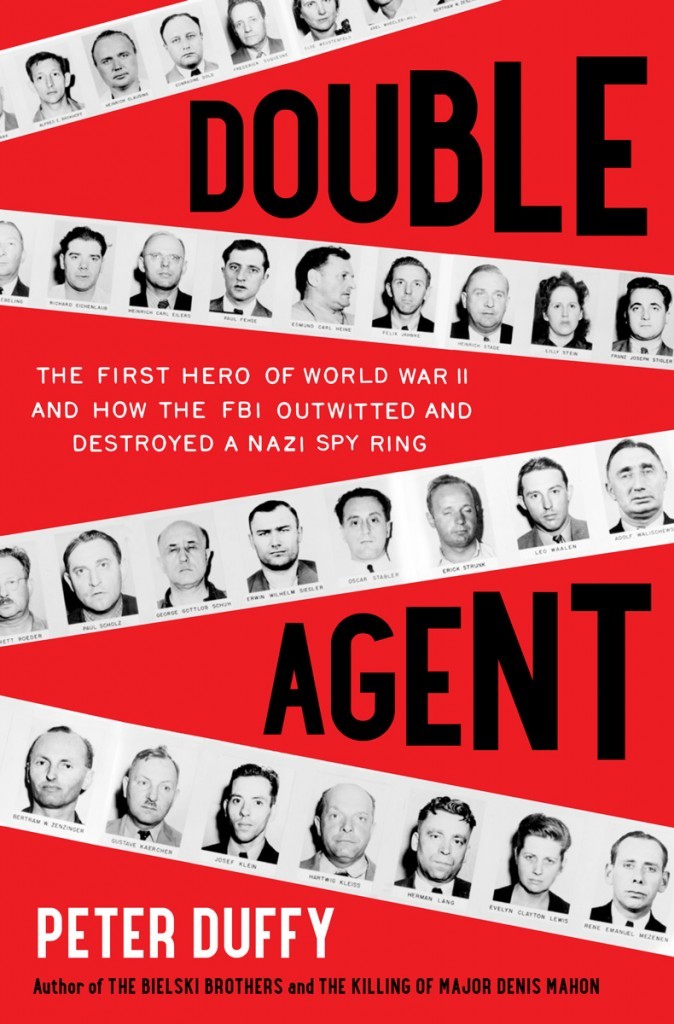 Peter Duffy, author of the" Bielski Brothers" and free lance writer for the NY Times, will speak about his most recent book, "Double Agent." Peter Duffy appeared  recently on the History Channel on a program about Nazi Spies in the U.S. before and during WWII.

On Dec 11,1941 the guilty verdict for 33 spies was announced at Brooklyn Federal Court,just hours after Hitler declared war on the U.S.

"Double Agent" is about the largest FBI espionage case in American history and our first Double Agent. In his book, Peter Duffy unveils the thrilling story of one of the most successful FBI counter -espionage operations to date. This spy ring operated in NYC and the movie"House on 92nd St"  was based on this case but the double agents identity  was hidden until Peter Duffy's book

This  Program is Free and Open to the Public..