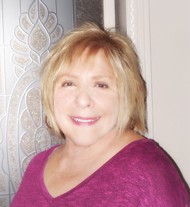 Born in Alabama and raised in New York Judy Reene Singer is a horse trainer and former high school English teacher. When not writing or riding horses she donates her time to animal rescue. She is the author of Horseplay (Random House 2004) Still Life with Elephant (Morrow 2009) and An Inconvenient Elephant (Morrow 2010).

In The Shadow of Alabama
Judy Reene Singer

Spanning from a bucolic horse farm in the northeast to a sweltering army base in 1940’s Montgomery, Alabama, In the Shadow of Alabama is a masterful story of the American experience by acclaimed author Judy Reene Singer. It is a story of war and love finally coming to resolution some 50 years after its origin. And it is also a deeply personal novel inspired by the author’s own father who as a Jewish soldier during WWII was put in charge of an all-African American platoon in the segregated South. The experience left him embittered and withdrawn and his family relationships became collateral damage. Rachel Fleischer has good reasons not to be at her father’s deathbed. Foaling season is at hand and her horses are becoming restless and difficult. Her critical mother and grasping sister could certainly handle Marty Fleisher’s resistance better without her. But Malachi her eighty-something horse manager—more father to her than Marty has ever been—convinces Rachel she will regret it if she doesn’t go. When a stranger at her father’s funeral delivers an odd gift and an apology Rachel finds herself drawn into the epic story of her father’s World War II experience and the friendships trauma scandal and betrayals that would scar the rest of his life—and cast a shadow across the entire family. As she struggles to make sense of his time as a Jewish sergeant in charge of a platoon of black soldiers in 1940s Alabama. She begins to see how his hopes and disappointments mirror her own—and might finally give her the means to free herself of the past and choose a life waiting in the wings.