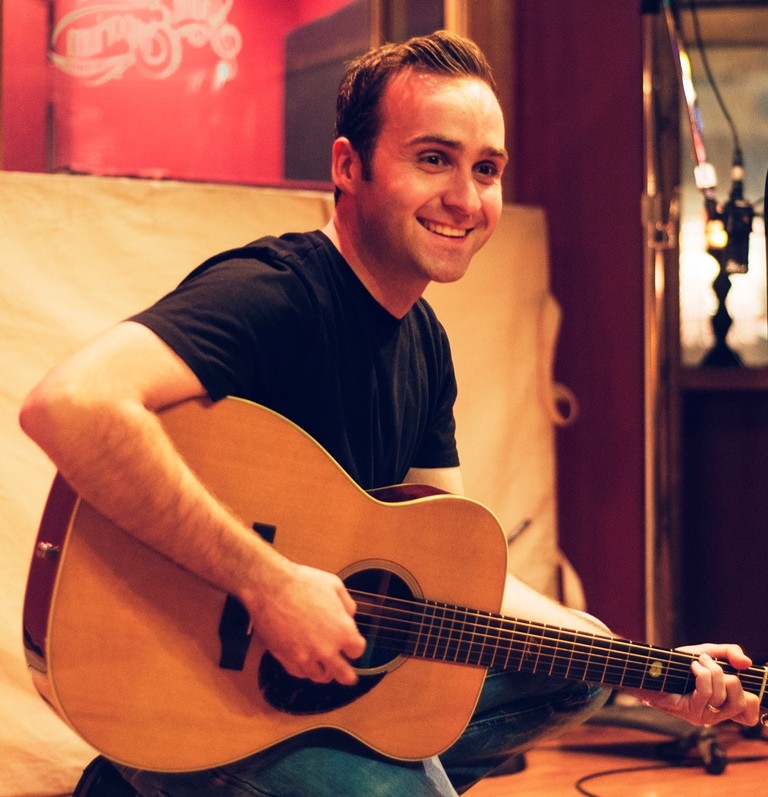 Alan Goodis is a touring Jewish musician playing over 150 events a year. Born and raised in Toronto, Alan is a proud product of URJ Goldman Union Camp Institute. Noted for his dedication to building relationships and community through music, Alan tours throughout the US to serve as an Artist-In-Residence and performer at Temples, Youth Conventions and Jewish summer camps.

In 2009, Alan’s self-titled debut album launched him onto the Jewish music scene with its powerful vocals and bold melodies. Alan is a strong presence in the Reform Jewish movement to engage and empower Jewish youth and adults through music. He’s served as Musical Director for NFTY International Convention and on faculty Hava Nashira. In 2011, he developed Nashir: an NFTY Teen Songleading Institute in partnership with the URJ to provide meaningful Songleader training to high school students. Alan has been a featured performer and presenter at URJ
Biennials and the Wexner Foundation. In March 2014, Alan released his long awaited full-length studio album “This Place.” He lives in Chicago with his wife Codi.

Open to the community.   Families welcome!
$15/ ticket or $12/ ticket for groups of 3 and more.   Ages 13 and under free.
Please join us for candlelighting at 7pm followed by an evening of soulful song.
Refreshments to follow.