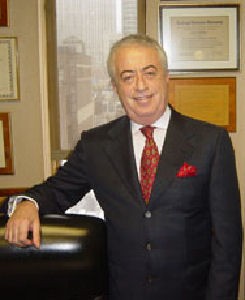 Dr. Benhuri’s timely book and soon-to-be-released movie “Price For Freedom” is based on the life of Dr. Victor Daniels, an Iranian Jew and dentist to the Shah of Iran during the 1970’s, who survived the decimation of his $350 million automotive industry and the destruction of Iran’s modern westernized society. Dr. Daniels helped his family and many others escape the murdering rampage of the Ayatollah Khomeini, the tyrannical chieftain who ousted the Shah of Iran, and spearheaded the formation of the Hezbollah, Hamas, and ultimately gave birth to what we now call Al-Qaeda. This gripping story will keep you on the edge of your seat as you learn about Dr. Daniels clever escape to the US and how he helped the Reagan administration negotiate the release of several American hostages from Iran.

Please call Temple Sinai for reservations (845) 343-1861. Refreshments will be available before and after the presentation.

There will be a “Price For Freedom” book signing after the presentation.

The movie “Price For Freedom,” (which was partially filmed in Middletown) will be shown at the 2015 Hoboken Film Festival at the Middletown Paramount Theater.

Sponsor: This presentation is sponsored by the Temple Sinai Men’s Club