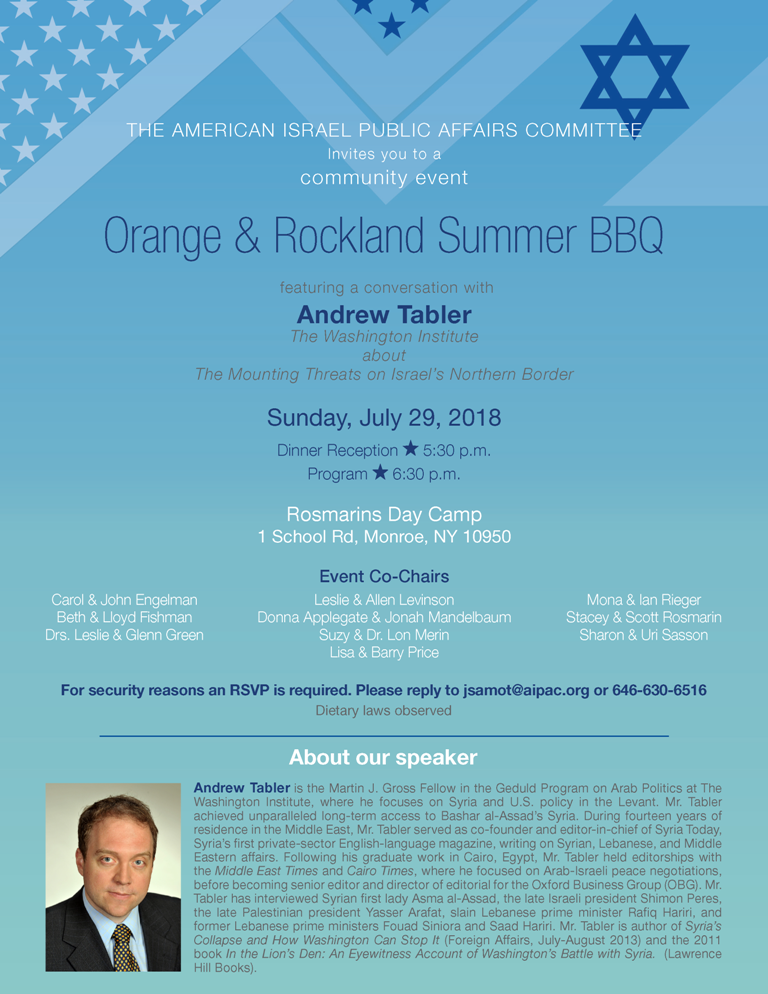 We all watch with alarm as the situation on Israel's northern border has become increasingly dangerous and Syria risks becoming a protectorate of Iran.  Last Wednesday, Israel shot down a Syrian drone with a U.S. made Patriot Missile, a chilling example of the essential relationship between America and Israel.

Come join the leading bi-partisan group which empowers pro-Israel activists to promote the U.S.-Israel relationship. Hear Andrew Tabler, one of the leading experts on Syria, speak about the dangers on Israel's borders. A kosher barbecue will be served at 5:30 pm.

NO CHARGE and NO SOLICITATIONS.

RSVP to Leslie Green, green4@optonline.net or Mona Rieger, emunah53@aol.com with the names and emails of any guests you are bringing, as there is strict security .