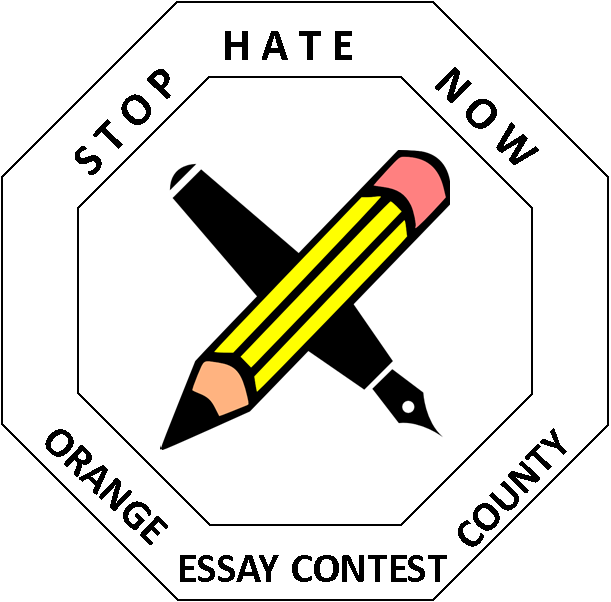 Sponsored by the Jewish Federation of Greater OC and the OC Human Rights Commission to promote tolerance and understanding through education.

An iPad Will Be Awarded To:  7 - 9th grade and 10 - 12th grade, and the teachers sponsoring the winning students will each receive a cash bonus of $100.  Presented at  the Stop Hate  Symposium, April 11th at Washingtonville HS.

Jews fleeing the horrors of the Holocaust  and people from Central America seeking asylum in the United States.

For many observers, 21st century challenges also raise uncomfortable historical echoes, as scenes of refugees waiting in grim camps recall the events of World War II and the Holocaust. They lead to important questions about whether there are “lessons” of history and invite us to reflect on how individuals and governments choose to respond to those in need.

Read the winning essays below.

Please write an essay of 500 words or less in which you compare and contrast German Jews before World War II and recent Central American refugees  What can we learn from the history of the Holocaust to prevent that tragedy from happening again?

This is not a book report. Essay judges are interested in your personal reflections and insights.

► Writers must be residents of Orange County, students in grades 7-12 currently attending public or private or being home schooled

► All submissions must (1) have a title, (2) be typed, and (3) be double-spaced. Staple the essay entrance form, download here, filled out completely to the essay. Do not write your name or the name of your school on your essay.

► Submit your completed entry form along with the essay and mail NO LATER THAN March 31, 2019  to:

Alternatively, you may fill out an entry form and attach the form and your essay and e-mail in PDF format to Sharon@jewishorangeny.org

► Do not submit more than one entry

Prizes will be awarded at the 2019 or Stop Hate Symposium

History has proven that for survival mankind would walk any distance and face any challenge, but when helping another human being, there's always been a limit to how far they would go to help. These limitations are often fueled by hatred, which historically had very negative outcomes that led to some of the most devastating tragedies worldwide. Tragedies like the Holocaust and recent events in Central America created political crises in which people need to find a safe place. Many of these people have tried to go to America, the home of the golden door only to find that to be free from persecution is closed off for them. The damage that is caused by countries being closed off or unaccepting of other people should have been learned from these tragedies.

Remembering the past, no matter how dark it seems, and shining light on humankind's past mistakes lowers the likelihood of mistakes reoccurring or hate
spreading in the future. However, hate lives throughout history. The Holocaust was a tragedy caused by Adolf Hitler and the Nazis, who took millions of lives.

These people made up a number so large that it's difficult to comprehend or come close to imagining. Especially when imagining those people dead. Tragedies like
these occurred for one reason only: hatred. They're many recent events that share
similarities to the Holocaust, and similarities to a genocide which took lives and
victimized millions. This should be a red flag that something has to change.

When there is danger spreading in one area the human response is fight, flight or freeze. However, flight may not be a choice based off of where people choose their residency. When people flee, they seek a second chance; they seek freedom and strength, and they hold on to hope. Central Americans are fleeing for the chance at survival for themselves and their families.

In both the Holocaust and Central America people fled just for a chance at survival. If they had stayed in their home countries, they would have most likely lost that chance. However, the majority of the Jewish refugees were turned down by America because they didn't want to get involved in the war. The Central American refugees are denied entrance to our country because people claim if they enter the country, they will bring crime. However, most people have hatred or misinformation that is directed towards the Central Americans because of their nationality. Although you'll never be certain of people's true intentions, we deny people based off of what we think will happen because people will enter our country anyway. Our country is locking the borders with walls, but will we stop there? In our hatred, we will complete the wall and then will have to build a ceiling. Then we'll be shut out of the world, forced to live in the darkness of our past mistakes or newest tragedies. The only way to prevent another tragedy is to let people in and stop hate.

"Give me your tired, your poor, your huddled masses yearning to breathe free." Franklin Delano Roosevelt knew the meaning of these words inscribed on the Statue of Liberty. He knew what America, a nation of freedom and opportunity, meant to all those sailing to its shores looking for a new home. And yet, when the MS St. Louis arrived at the port of Miami in 1939 carrying 937 German Jewish passengers fleeing Nazi persecution, Roosevelt and the United States government turned them away on the grounds that some of the refugees might be Nazi spies. By the end of the Holocaust, over a quarter of these passengers would be dead. Today, we are seeing history repeat itself. As thousands of Central Americans flock to the United States
border fleeing crime, corruption, poverty, and looking for a better life for their children, America has the opportunity to right the mistake that it made in 1939.

Though they are not escaping the persecution of a racist regime, Central American
refugees of the present day are in as just a dire situation as were the German Jews before World War Two. Images on news networks show their suffering: famished children sleeping in tents; mothers crying, their families separated from them. From these images comes the important question: how should America help these people? Though Americans will offer many answers to this question, it is imperative that the we do not simply repeat what happened to the Jewish passengers of the S1. Louis in 1939. The fear that some refugees may be enemy spies, or in today's case, murderers and drug dealers, does not justify turning all of them away. Most of the
Central American refugees are good people looking for better lives for themselves and their families. Denying these people asylum in the United States and sending them back to their countries would be sentencing them all to lives of suffering, just as was done to the refugees of the St. Louis who were murdered in the Holocaust. Today, the United States needs to figure out an efficient way to admit these honest refugees into the United States legally, while making sure to close the border to criminals who threaten American citizens. This is how America makes up for the mistake it made in 1939, while ensuring that no group of refugees ever has to suffer again as did the Jews during the Holocaust.

All of history teaches us lessons, but it is from the truly horrific events of history that we grow as human beings. Today, as debates rage on about how to deal with the Central American refugees, we must remember the lesson that we learned from the Holocaust: to not turn our backs on those who are suffering, but to embrace them as our own. By doing so, we can truly live up to those words which still rest on the Statue of Li berty, shining as a beacon of light to all those lost in the dark.